This kind of windmill is used in the USA very often. The typical of this windmills are the rotors which consists of many wings. This is nescessary to provide a high torque even with very slow wind speed. So this windmills are used to do mechanical work for example to pump up water. But with the slow rotating speed it is not possible to produce electricity with high efficiency. So the electricity is generated with Fast-Rotating-Windmills.

3. Actual Situation of the use of wind-electricity

From 1990 until 2000 the windenergy-production increased about 200 times in comparison to the production of 1990. So in 2002 windenergy provided 3% of the whole energyconsumption in germany. Two years later there were windenergymachines installed with a capacity of about 16.000 MW. This is about 1/3 of the world wide windenergy-capacity. So in this year the provided windenergy increases to 4% of the whole energyconsumption. This high increasing rates are caused by the EEG (renewable-energy-law). The EEG consists of 3 important points concerning windenergy: But the EEG is not only the important for the actual situation, but also for future development of renewable and therefore of windenergy.

In the EEG it is planed to rase up the amount of renewable energie to 12,5% until 2010 and up to 20% until 2020. That means an installed windenergy capacitiy of about 50.000MW. The most of that power will be produced by offshore wind farms. So at the moment the companies try to develop big windmills with about 5MW or more and optimize them to work in offshore wind farms. That means the machines must be run long times without service under very hard conditions.

With windenergy have many problems apppeared. First there are the generally problems of the efficiency of producing electricity from wind.
The problem is, that windmills can use maximal 59,3% of the kinetical energy of the wind. But to reach that efficienc the rotor speed must be controled, because the efficiency depends on the windenergie and the frequency of the rotor.
The regulation is done by two mechanisms. An other problem is the naturally low energy density of only 300W/m² (300 J crossing 1 m² in 1s). Then there are the problems that common carriers have. Their main problem is that windenergy can not be planed. 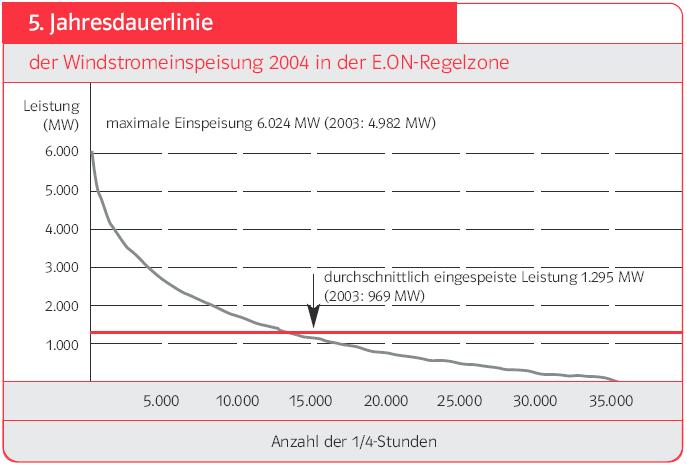 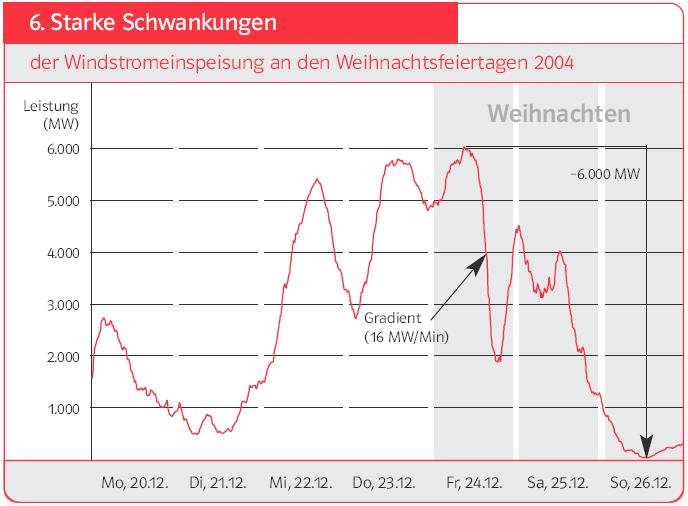 In such cases the common carrier must have normal power plants which can be started very fast to produce that energy. That, so called energy reserve, is about 90% of the produced windenergy. This problem leads to an restricted future of the windenergy, because the more is windenergy of the whole energyproduction the less wind energy can substitute normal power plants. A study has found out, that in 2020 only 2.000MW of the prognosed 50.000MW will be used to substitue thermal energy.
But there is not only a problem with the variation downwards. Also the variation upwards is a great problem. The problem is, that the wind farms produces as much electricity with strong wind, that the electricity network can be temporarly overloaded so the whole power supply may break down. To stop this risk, the wind farms are not allowed to fed in all the produced power if there are high windspeeds and the power is lost.

So all in all onshore windenergy in germany cannot be the preffered renewable energy because of the bed forecasting of power production.
But wind farms which are build offshore may have a better future, because their are more constant windspeeds and so the forecasting situation and the efficiency is much better.